Pundits have identified several precursors of gentrification.  One precursor is artists moving to a new neighborhood:  Soho, Venice, Chelsea.  In Northeast Los Angeles (Echo Park, Silver Lake, Highland  Park, and Eagle Rock), the rising indie music industry has helped fuel Northeast Los Angeles gentrification.  According to a Los Angeles Times article (Sunday, August 17, 2014, E5), the area in Northeast Los Angles is home to many of he city’s most successful independent labels. Combined, the area has become its own little epicenter, and one of  its strengths fuzzy, strange rock as delivered by indie  artists and bands.  According to the LA Times, a notable number have recently relocated from San Francisco.  “Everyone we know, pretty much,from San Francisco moved down here, said prolific rocker Ty Segall.  “People are moving down here because there’s a lot of stuff going on and its cheaper–a lot cheaper,” explained Segal of the migration.

Echo Park Rising is a indie music event in it’s 4th year that focuses on the music, creativity, diversity and small businesses of Echo Park http://epr.la/. There were multiple stages and activities throughout the weekend of August 15, 2014, located on the main routes of Sunset Blvd, Glendale Blvd, Alvarado Avenue and Echo Park Avenue and beyond  . Here are some pictures from the event. 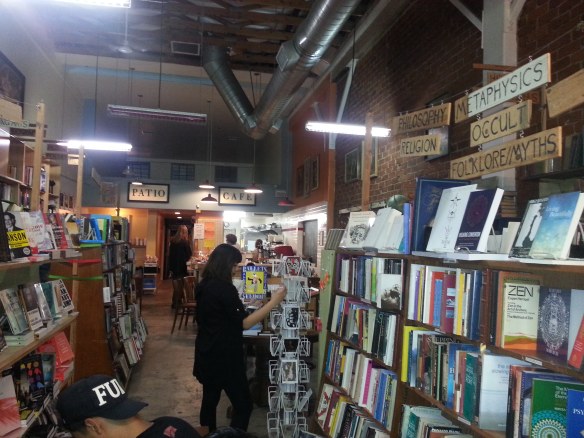 At the Cafe Bookstore

Crowds in Front of a Club

Crowds Waiting to Get Into a Venue 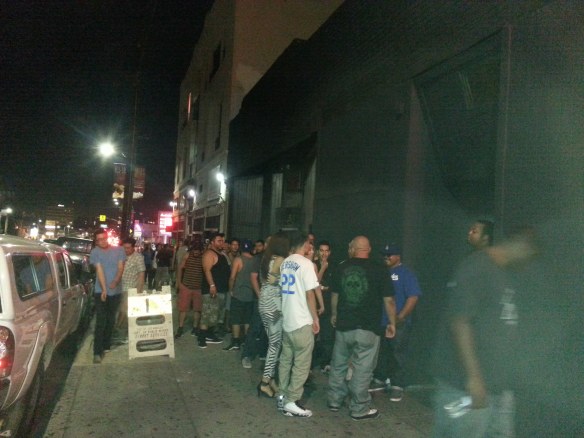 A line in front of another Indie Rock Club