MY TAKE ON PROP 10 & COSTA-HAWKINS 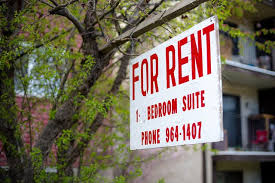 The Costa-Hawkins Rental Housing Act was passed in 1995 to prevent cities from passing or continuing excessively severe rent control measures. Only 15 California cities have a rent control ordinance, and any city can still pass a rent control ordinance that applies to apartments built before 1995. Costa-Hawkins does not prohibit rent stabilization, but instead it 1) limits rent controls to apartments built after 1995 or those previously exempted, and 2) exempts condominiums and single family homes (more specifically, lots with only one dwelling unit). Costa Hawkins also allows units that have been vacated to be released at the market rent (“vacancy decontrol”). The purpose of Costa-Hawkins was to encourage the new construction of apartments and to support reinvestment into existing apartments. Even before Costa-Hawkins existed, the Los Angeles Rent Stabilization Ordinance applied only to apartments built prior to 1978 and allowed for vacancy decontrol  So why is Prop 10 – an initiative to repeal Costa-Hawkins – up for vote in November?

WE NEED TO DO A BETTER JOB OF GETTING THE RIGHT PEOPLE TO RENT APARTMENTS THAT ARE ALREADY CONTROLLED.

Over 80% of the apartments in the City of Los Angeles are already rent stabilized, meaning there are plenty of rent controlled apartments in Los Angeles for tenants to rent. So what’s the issue? Simply put, it’s not a rent control problem, it’s an allocation problem. Many people on fixed incomes continue to rent the other 20%, and many people who are going to move or have high / upward trending incomes live in rent stabilized apartments. It seems that most long term tenants do not see the premium of being in a rent stabilized apartments; perhaps it is time to make tenants initial a paragraph stating, “You acknowledge that you are renting a non-rent stabilized apartment and there is no limit on how high your rent may be raised in the future, versus other apartments that are rent stabilized.” Most landlords don’t even bother to advertise rent stabilization as a feature since tenants don’t seem to care whether the property is rent stabalized or not when they rent.  Here is a line from one of our management companies’ adds: “Rent Controlled: Yes! This building is covered by LA rent-stabilization. If you move in, except in certain very rare circumstances, you would have the right to stay for as long as you want. Even better: Any rent increases would be limited by city law.” Instead of trying to repeal Costa-Hawkins, we should be focusing on educating tenants and getting people who depend on rent control into the housing that suits them. Maybe then we can see that Costa-Hawkins actually works in tenants’ favor, and its repeal would only harm them.

As a landlord, I still reinvest in my rent stabilized apartments. Why? Because when tenants move out, I can raise the apartments to market. As a result, I must keep the common areas and exteriors looking good to attract new tenants; I must make improvements to the apartments, I must refurbish and upgrade. Rents are increasing not only because of the late cycle vibrant urban economy, but also because landlords are smoothing ceilings, installing wood-like floors, dishwashers, stainless steel appliances, new vanities, new tile, quartz countertops, in-unit washer dryers, new exterior paint, new landscaping, new common areas floors, repaved parking areas, new plumbing, and new roofs. Without the vacancy decontrol provided by Costa-Hawkins, the common areas and exteriors in many buildings would decay to the point of being barely habitable. Without Costa-Hawkins, the rent stabilized tenant will not get the benefit of the renovations landlords make to attract the new tenant. The rent stabilized tenant will live in a far less desirable home, in a far less desirable neighborhood, and will wonder what went wrong.

Some rent control advocates argue that vacancy decontrol encourages bad actor landlords to illegally harass tenants to move. While this may be true, we do not blow up the village to eliminate a few bad actors. Instead, we raise the penalties and increase enforcement. We can also increase support to vulnerable tenants – in San Francisco, the city provides free legal counsel to tenants in some cases. The knife cuts both ways here too, as there are also bad actor tenants who abuse the eviction system. There will always be people in this industry, landlords and tenants alike, who try to take advantage of their situation. But using a few shady landlords – who should see harsher penalties – as an argument against Costa-Hawkins and vacancy decontrol, is short-sighted.

LIMITING THE RENT ON VACATED APARTMENTS WOULD CAUSE A DRAMATIC DROP IN ADVERTISED APARTMENTS.

How would you like to open up Craigslist and find zero apartments listed? That is exactly what could happen if landlords are forced to rent vacated apartments at under market rents. In fact, it has already happened – in Santa Monica, before Costa-Hawkins. If a landlord advertised such a unit back then, he would get hundreds of callers, all desperate to get the deal rent.  Many landlords withdrew their apartment units from the market.   In New York under vacancy controls (which were repealed), some landlords resorted to a black market. You had to pay a broker to help you find a below market rent apartment; someone had to do you a favor; you needed to know someone.   In those days, tenants were advised to check the obituaries to find an apartment. In order to get my Santa Monica rent controlled apartment in the very late 1970’s, I rang door bells; I called managers every week; and I sent letters on how good of a tenant I would be. I even offered to post a six month security deposit (you could do that in 70’s). For a more current example, look at how hard it is to get into a senior housing apartment now, and then imagine that spread across the whole city.

This is the situation we would find ourselves in, post Costa-Hawkins where a City adopts harsh vacancy controls. I do not know exactly who vacancy control protects, just that it causes market disruption. Thanks to vacancy decontrol, you can hop on your computer, go to Craigslist or other rental sites and find numerous rent stabilized apartments any day. But if Prop 10 passes, that may not be the case in cities that pass vacancy controls.

EXTENDING RENT CONTROL TO SINGLE FAMILY HOMES AND CONDOMINIUMS WILL EVENTUALLY LEAD TO OWNERS CONVERTING THEIR RENTAL TO A FOR SALE UNIT.

If rent control is pushed onto single family homes and condos, Owners/Landlords will likely opt to sell rather than rent, as the price to rent disparity increases over time. This process will radically reduce the number of single family homes and condominiums for rent.  In Los Angeles, most renters cannot even come close to affording a single family home and could very well find themselves with severely limited options. Costa-Hawkins is an important safeguard for families who want to live a home but do not have the option of ownership.

NEW CONSTRUCTION IS OCCURRING IN RENT STABILIZED CITIES BECAUSE OF COSTA-HAWKINS.

Some Prop 10 advocates argue that, because new apartment construction is occurring in San Francisco and Los Angeles, rent control does not discourage new construction. But the truth is just the opposite – this new apartment construction shows that Costa-Hawkins has worked. Costa-Hawkins exempted rent stabilization on new construction (for units built after 1995, the year Costa-Hawkins was passed), and froze any previous exemptions. Investors did not believe it at first and thought that such protection would be repealed. Eventually, over the years, investors gained more faith that the new apartments they invested in and built would be exempted from rent control, because their investments were protected by Costa-Hawkins. As long as investors believe that their new investment is protected, they have shown they will invest and build under the right economic environment.

Even the most ardent rent control advocates agree that some period of exemption is needed to encourage development. In the late 1970’s, before Costa-Hawkins, exempting new construction was part of the rent control ordinance.  So would a tweak in Costa-Hawkins, instead of a repeal, be a solution? Maybe allowing  Los Angeles, Santa Monica, and San Francisco to extend rent stabilization to 1995 apartments would increase access to tenants but minimize the negative impact of rent control; the damage to new apartment development would be minor if developers and investors believed that this was a one-time extension and any new apartment investment was truly and permanently exempt. The dampening effects could therefore be lessened with a more liberal and consistent rent stabilization ordinance. Ultimately, we cannot control where new investment dollars go, and those dollars will go where the returns are most attractive given the same level of risk. Every time the rules change, new development is impacted because of uncertainty. The protection of new development is vital to assuring that investors continue to support the housing market, and Costa-Hawkins has been a fundamental aspect of this process.

Assuming investors continue to feel safe in their new apartment development investments, enough new supply will eventually help lower or limit rent increases. In Los Angeles, a few years of 15,000 – 20,000 apartment completions will eventually contribute to such an outcome. This effect will not be short-lived; history shows us that when there has been a significant increase in new apartment development, the rent decreases will be greater and more enduring. In the 1980’s, the supply of multifamily units surged in Los Angeles and in Santa Monica. These units were primarily condominiums (not subject to rent control and exempted) and not apartments. When the 1990 recession hit, many of these condominiums were converted to rentals. Not only did rents decline but they did not recover until 1998 – seven or eight years later. We have not had anywhere near the level of construction that existed in the 1980’s due to regulatory and zoning restrictions that have significantly raised the cost of new construction and lowered the supply.  Measure JJJ was a game changer and will produce massive amount of new apartment construction if we continue to permanently exempt new construction for rentrol.  We need to encourage development to help lower rents, rather than eliminate the predictability and risk reduction benefits that Costa-Hawkins affords investors of new apartments. It’s also important to note that rents are currently above their historical trend line, meaning a market correction will eventually come. At first, it will come in the form of concessions and stable rents. The trigger will then be a recession, which will cause a sudden sharp reduction in rents. The high rents that many tenants now struggle with are destined to lower, as long as new apartments continue to be built.

So is a repeal of Costa-Hawkins really the answer for tenants? It will limit the number of available units, will lead to deteriorated housing, will discourage new development and will not help with high rents. We should instead consider merely tweaking the law, upping the penalties for harassing landlords, loosening zoning for multifamily, providing affordable housing incentives (such as that from Los Angeles Measure JJJ for transit locations and the opportunity zones), and working to direct the appropriate tenants into the already available supply of rent stabilized apartments. These changes, alongside the inevitable market corrections, could provide a better, long-lasting impact for all tenants’ benefit.